Please go to the Instagram Feed settings page to create a feed.

Please go to the Instagram Feed settings page to create a feed. 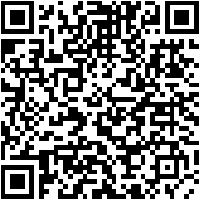 When this happens, it's usually because the owner only shared it with a small group of people, changed who can see it or it's been deleted.
View on Facebook
· Share

Here’s What’s Missing From Straight Outta Compton: Me and the Other Women Dr. Dre Beat Up

On January 27, 1991, at a record-release party for the rap duo Bytches With Problems in Hollywood, producer/rapper/then-N.W.A. member Dr. Dre brutally attacked Dee Barnes, the host of a well-known Fox show about hip-hop called Pump It Up! Dre was reportedly angry about a Pump It Up! segment hosted by Barnes that aired in November 1990. The report focused on N.W.A., and concluded with a clip of Ice Cube, who had recently left the group, insulting his former colleagues. Soon after the attack, Barnes described it in interviews: She said Dre attempted to throw her down a flight of stairs, slammed her head against a wall, kicked her, and stomped on her fingers. Dre later told Rolling Stone, “It ain’t no big thing – I just threw her through a door.” He pleaded no contest to assault charges. Barnes’s civil suit against Dre was settled out of court.

Source: Here’s What’s Missing From Straight Outta Compton: Me and the Other Women Dr. Dre Beat Up