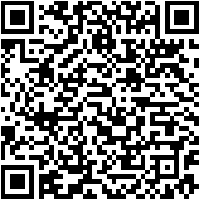 Bid Farewell: Why Millennials Are Abandoning the Nightclub Nightlife | The Insider Magazine

There’s a massive trend brewing in America’s nightlife scene. The attendance of nightclubs and bars have been on a steady decline for the past several years. Nightclubs left and right are going out of business with several others being threatened to close their doors. There have been massive declines of profit as well as overall revenue. This trend isn’t only exclusive to the United States; the UK has been experiencing a great drop in their once world-renowned nightlife as well. And what is to blame for all of this? Millennials. Who are these impactful millennials? According to GFK, the global research firm, millennials are people who were born between the years 1977 and 1994. Being between the ages of 21 and 38, they are the target demographic for all club owners and other nightlife vendors. These millennials are very unlike their Generation X parents considering that they are very tech savvy, entered adulthood equipped with cellphones, up to date with social media, and would

Source: Bid Farewell: Why Millennials Are Abandoning the Nightclub Nightlife | The Insider Magazine